I feel like this past week’s shenanigans deserve a recap. Everything was completely derailed when I had an awful reaction to a new set of lash extensions. I had gotten extensions in the past, and was in fact getting them regularly for about 6 months. I stopped when I had a bit of eye irritation after a fill, and the tech immediately blamed me for the problem. I had those removed and opted to take a break for a couple months. This is what happened when I finally decided to get a new set again. END_OF_DOCUMENT_TOKEN_TO_BE_REPLACED

I was catching up with my Mum last week and she mentioned, “it feels like February just showed up out of nowhere and punched me in the face.” I laughed, firstly because my Mum always winds up with a case with the February blahs – she lives in Toronto and this time of year is notoriously cold, grey, and generally tough on everyone. I totally empathized; when I lived in southern Ontario I always went through the same thing. I also laughed because I related SO MUCH to her sentiment. This month has really been kicking my butt. END_OF_DOCUMENT_TOKEN_TO_BE_REPLACED

Oh hey friends, it’s been a hot minute since the last time we’ve talked. As much as I enjoy blogging and sharing fitness, meal prep, and mental health things with everyone, unfortunately it’s fallen pretty low on my priority list over the past couple months. One of my personal goals for 2018 is to get back on the writing bandwagon. Only took me until February to get around to that… better late than never? END_OF_DOCUMENT_TOKEN_TO_BE_REPLACED

I don’t know if everyone else has seen this, but I had been hearing a lot of buzz around weighted blankets lately. Traditionally, weighted blankets and weighted lap pads are used with children. There’s lots of studies out there that show how weighted blankets can help children experiencing sensory disorders, anxiety, stress, or several issues related to autism spectrum conditions relax as part of occupational therapy. END_OF_DOCUMENT_TOKEN_TO_BE_REPLACED

So yesterday, like so many yesterdays that have enough fuel in them to inspire a post, was an absolute dumpster fire. I had an absolutely raging headache all day, which was caused by my upper back being super tight. This is something I’ve battled on and off with for the past little bit. A lot of the training I do requires some pretty significant upper back engagement, and my back likes to tighten up on me if I don’t do enough mobility work. Well, between me slacking on my mobility work this week, and deciding to sleep like a human pretzel on Tuesday night, my back was an absolute mess. Hello, unbearable headache. END_OF_DOCUMENT_TOKEN_TO_BE_REPLACED

As part of Bell’s Lets Talk Day – meant to raise awareness for and battle stigma against mental illness, I figured I’d share a quick recap of the mental illness issues I’ve dealt with over the past year.

I have an anxiety disorder – generalized anxiety disorder (GAD) to be vaguely specific. GAD is best described as experiencing excessive anxiety and worry, often expecting the worst even when there is no apparent reason for concern. Which is a nice, generic way of vaguely describing a long list of crappy feelings. Different people experience GAD in different ways. For me, a lot of my anxiety/ worry is centred around self worth (or severe lack thereof). On good days I just worry a little about rational things. On bad days, it can throw me into a severe depression, which can last for months if left untreated. Sounds fun, right? END_OF_DOCUMENT_TOKEN_TO_BE_REPLACED

Hey friends! I’ve just got one question for everyone: when the heck did it become October?!?! I feel like I’m just coming to terms with the fact that summer is over, and we’re already in the thick of fall! It’s already starting to get a little chilly here in Calgary, and quite cold up at work for me, and I’m definitely noticing the days getting shorter. Since fall is always a crapshoot in Calgary weather-wise, lets keep our collective fingers crossed that we at least have a nice fall? Yah? Great talk. END_OF_DOCUMENT_TOKEN_TO_BE_REPLACED

Though I’m not always able to carve out time to visit a spa, I’ve always been a fan of massages. Between the regular strength and powerlifting training I do, and working a full-time desk job, I’m normally more series of muscle knots than actual human. That being said, I would hardly consider myself a connoisseur of the types of spa treatments that are out there, though I’m always up to try something new. Naturally, when Soma Hammam and Spa invited me in to try their signature ‘Grande Hammam’ treatment, I of course said yes. END_OF_DOCUMENT_TOKEN_TO_BE_REPLACED

Oh hey there friends, it’s been a while.

I hope everyone’s summer was fantastic, and the first bit of fall has been going well, and the total amounts of pumpkin are tolerable. I’ve been going pretty much non-stop since the beginning of August, which has been both super fun and unbelievably draining. At the beginning of August I competed, then ran off to California right away for REI’s Outessa summit, and I also managed to sneak away to Hawaii for a 10 day vacation. Throw in some long shifts at work in there, and generally not being home for almost 2 months, and you’ve got yourself a very tired Erin that’s in denial that it’s almost October. (But I mean, Hallowe’en, so YAY!).

Some of the main highlights from the past couple months I’ll slowly be sharing with you guys over the coming weeks; competing again (yay!), not making the 100% RAW national team this year (boo), the REI Outessa summit in California, some highlights from Hawaii, plus I’m collaborating with some really great Calgary businesses to bring you guys some new and different content as well!

I always get tons of questions about my meal prep, and where to start with organizing your food for your week. Though I’m slowly growing a collection of will-last-you-through-the-week meal prep recipes on this here blog, this one here is my current bread and butter. If I have a week where I don’t feel particularly inspired and/or motivated to make something new, I usually default to some version of this ‘one-oven’ recipe below. This method of prepping your food is also really helpful if you’re on any type of specific nutrition plan, such as RP Strength (which I’ve recently started, more on that later). Give this a try and let me know what you think! END_OF_DOCUMENT_TOKEN_TO_BE_REPLACED

How is it August already? I feel like this summer is flying by. And of course, in Calgary, it has been raining the entire freaking time. It’s AWFUL. I don’t mind the odd good summer thunderstorm, but when it’s raining 25/8 it just plain sucks. You can’t do all the normal fun, outdoors, summer stuff that I look forward to all winter long, ya know? It’s just terrible. Someone please take this rain away from us. Alberta has had enough.

END_OF_DOCUMENT_TOKEN_TO_BE_REPLACED 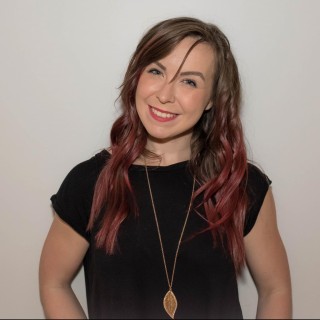 I'm a Calgary-based, 27 year old Raw Powerlifter with an Engineering problem. I'm painfully sarcastic, and an outstandingly medicre dancer. A lover of the outdoors, travel, photography, blogging, and sloths of all sizes.